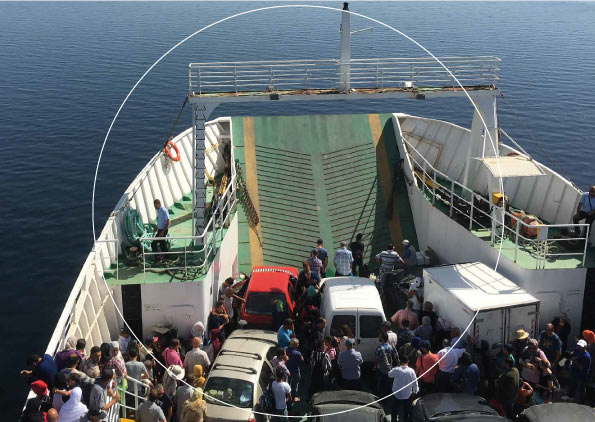 After the USA and Switzerland, MATZA is including the Tunisian islands of Kerkennah in its programme. From March 27 to April 9, 2017, a dozen artists and architects from Switzerland, France, Belgium and Tunisia were brought together to work on the challenges of the Mediterranean Sea. In close contact with the island’s inhabitants, this initiative takes as its starting point contemporary art and practices to focus on fishing as a means of subsistence and the sea as a true common space and place for sharing.

Now established on three continents, MATZA seeks to create frameworks for experimentation and reflection that are each time unique but which respond to each other. Faced with a difficult international context, marked in recent years by as many political tensions as social and environmental challenges, MATZA is betting more than ever that art, driven by a dynamic of sharing and openness, can be the driving force for real change.

It is in this spirit that MATZA is proposing a first edition on the Kerkennah Islands in order to associate the Mediterranean space to this questioning of the links between population, territory and forms of emancipation. Associated with specialists such as architects for example, this group has immersed itself in the daily life of the island’s fishermen to imagine and produce works with the means at its disposal. Based on a dynamic of experimentation and exchange, MATZA favours the practice of installation but gives an equally important place to performance, photography, drawing or any other technique adapted to the site.

On Saturday 1 April 2017, an afternoon of public discussion was organised in Chergui, on the Kerkennah Islands, to discuss the challenges of the region and the role that such an artistic initiative can play there.

MATZA at the National Bardo Museum

An exhibition at the National Bardo Museum in Tunis follows the Kerkennah residence. It takes place in the contemporary space of the museum and is to be seen from April 15 to May 7 with a vernissage on Friday, April 14 at 18:00.