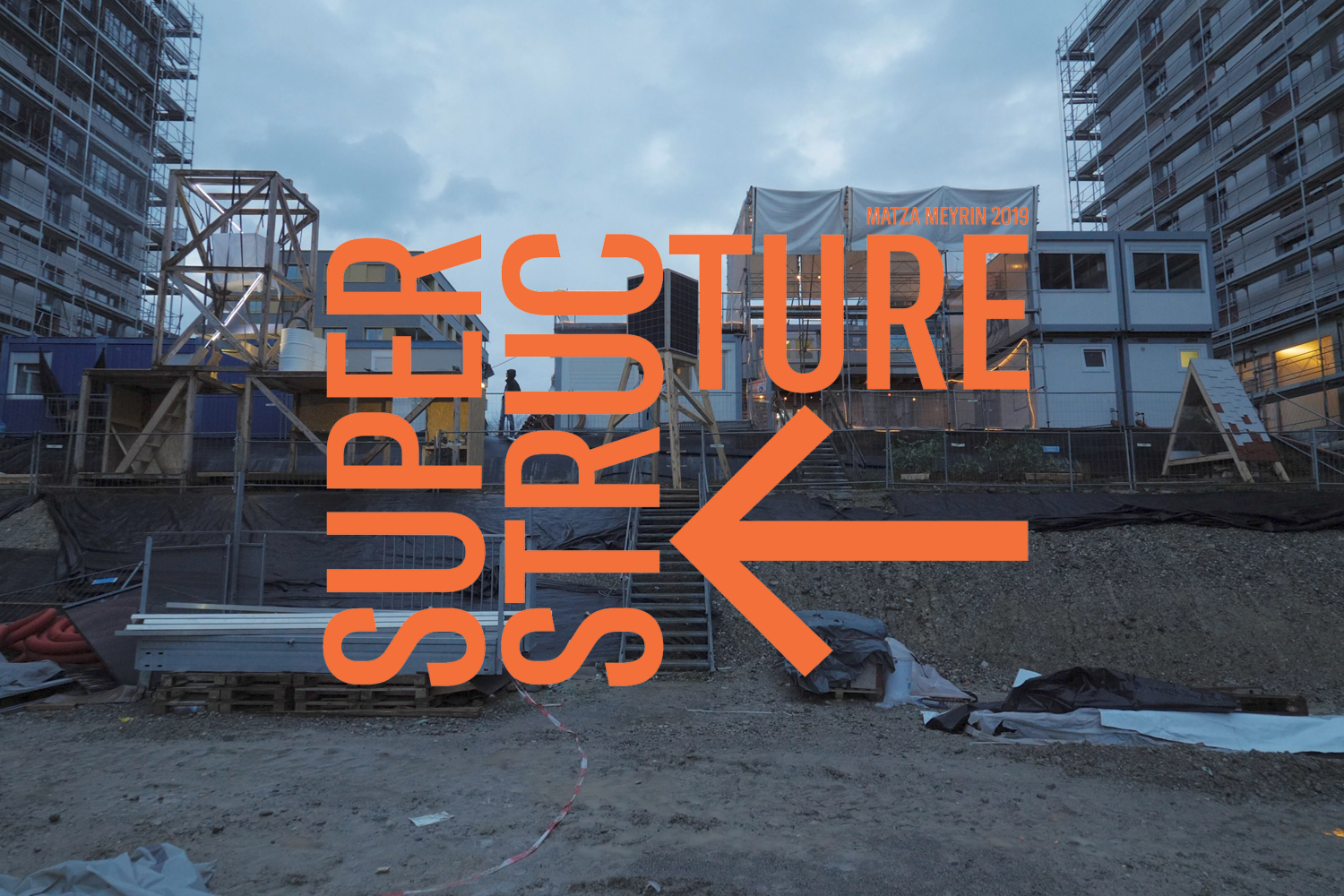 A MATZA project by Séverin Guelpa at the invitation of Espace Chantier and the project owners.

The two buildings A11 and A12 in Meyrin (Switzerland) will be handed over to the first tenants during the summer of 2019. During a long weekend, SUPERSTRUCTURE wished to open the construction site of these two buildings to the public in order to allow them to discover original artistic interventions in dialogue with the raw concrete volumes of the buildings. All the works were designed and created for the occasion. By collaborating with the various trades present, this project is intended as an experience of life, exchange and creation that seeks to question the current and future ways of making space. It is also an exploration of the resources available on a construction site and the reuse of scrap materials.

For 10 days, a selection of artists lived permanently on the site, adapting to the rhythm of the work. They ate and bivouacked on the site. The team of artists was also joined by the architects and actors of the construction site.

After a production period on site, the installations and works were presented during the opening weekend of the site (2-3 February 2019), which was an opportunity for the public to mix artistic discovery with a visit to the buildings.

Residence located on the construction site
Public opening on the 2nd and 3rd of Febuary  2019.

With the following companies:

Thanks to the following partners